By MartijnVeldhoen on 26 oktober 2013 in Films / Video installations 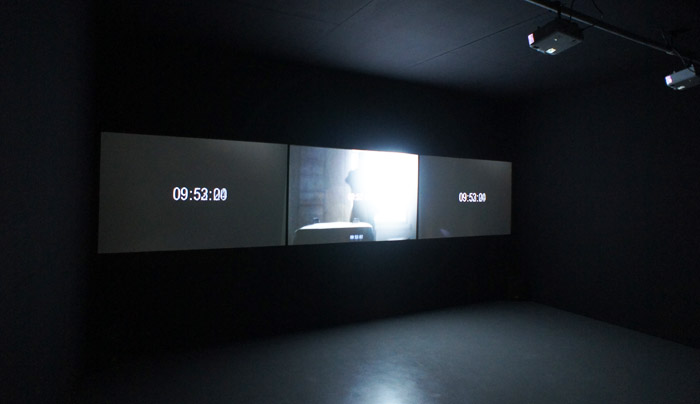 Once ‘public space’ was a clear concept. It was a kind democratic medium that could be accessed by everyone, safely and freely available for traffic between people. Now things have changed; thanks to mobile communication systems, we carry our personal space with us like an air bubble, and the public sphere has become a set of subsets.

read more
Everyone is always connected to something or someone else, so that the space in-between has taken on a virtual form, which constantly changes in time. What is left over between the subsets has the characteristics of a vacuum; it generates forces. It sucks in a great many individuals who cannot or will not ‘participate’, or who do not have or do not want to have access to the means that link the individual bubbles. Veldhoen shows us how differently we now perceive public space, certainly not as a safe place any more. Even though the voiceover has adopted a contemplative tone, there is still a sense of a subliminal threat and a feeling of paranoia; the word Bombe can be read on a wall, like graffiti.

The main characters are moving through a space that Veldhoen has portrayed with a kind of ‘moving photography’ technique, whereby a two-dimensional image becomes three-dimensional and starts to move. We see telling images of a train and a metro station, a market. It is a series of modern ‘guilty spots’. We cannot see the ‘usual suspects’, but time is ticking on mercilessly; and the heralded occurrence will take place.