In Transit, Identity and Love in Europe

‘In Transit, Identity and Love in Europe’ is a documentary film on the premise that you will find the true Europe on a personal microlevel.

The film follows six people with dual European nationalities for four years. Some of them are confronted with the current political events in Europe, like the Brexit, the Catalan crisis in Spain, yellow vests in France – and in the end the (possible) consequences of Covid 19. At the same time, we see their personal lives: some of them get engaged or get married, but things don’t always go as the protagonists would like – or as the director would like. ‘In Transit’ shows the implications that politics have on the microlevel of people’s lives and gives the recent political events in Europe a human dimension. The film is also a personal journey into a continent that is going through some big changes. 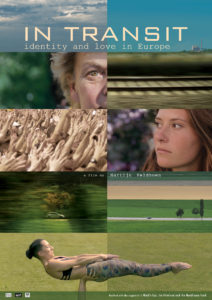 broadcast of ‘Time and Place’ on NPO2 Extra
in transit, identity and love in europe