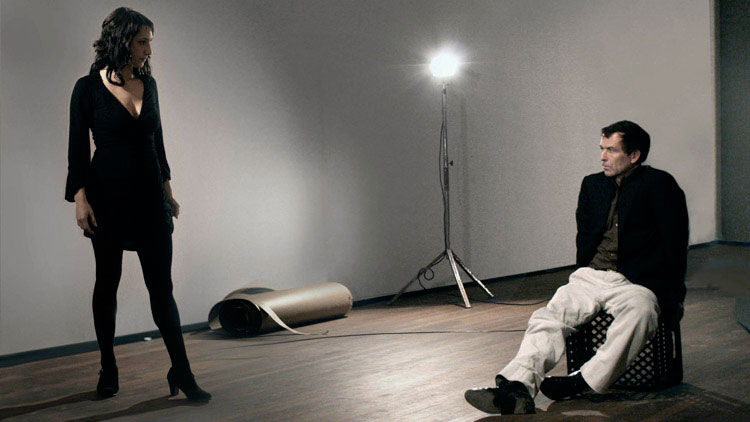 ‘RE-constructions’ is a short and compact film about a young couple who are breaking up, and about what happens next. She leaves; he is left waiting. The voice-over, narrated by a man who presumably is already dead, reconstructs how it happened; the images follow his story and loop back to the beginning. A bird flies away from a roof above a busy street, in the same way as the man resolutely takes a run and jumps off his roof garden. When the woman eventually does return, she looks at the wall to the spot where the photo used to hang which the man took of her on his terrace. There is now a new collage, made by him: the image of the disappearance of both of them.

The film won the 1st prize on the 2010 Go Short International Filmfestival in Eindhoven, The Netherlands.