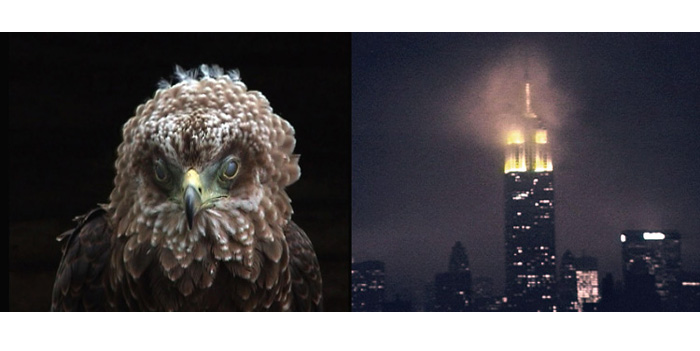 trailer (Why do I keep going) Forward

Winner of the Grand Prix at the Split Film Festival. The single channel version was shown on film and video festivals in Amsterdam, Utrecht, Paris, Milan, Rome, Potenza, Bourges, Barcelona, Seoul and Macau. (Why do I keep going) Forward is distributed by LIMA (formerly the Netherlands Media Art Institute NIMk).

Read more
Text from NIMK/Montevideo collection catalogue
Going forward feels good. With the wind in your hair on the deck of a ship or the platform of a railway carriage – when the landscape begins to pass more and more quickly before your eyes, your body knows that you are heading for the future. But why does it feel so good to be moving forward? ‘(why do I keep going) FORWARD’ begins with this question, immediately linking the feeling of going forward with ‘progress’.

While images recorded from trains, boats and planes pass us by, we can hear some- one thinking aloud; someone who is asking himself questions. Questions about our love of nature and of culture – as sources of harmony and civilization. Because, do nature and culture not obey the same laws as we apply to the economy? Are the evolutions that resulted in fish swimming, and Venice flourishing, not equal to the process that propels the rat race in Manhattan?

‘Progress’ presupposes a direction and a goal, but neither is of great importance to the feeling that you have on a moving boat or train. Forward or backward depends on which way you are looking – and when it comes to ‘progress’, the direction is ultimately not important either, as long as there is movement.

Part of the voice-over text

Forward… I just wonder why its so pleasant, so appealing and so necessary to go forward.

Now culture, culture seems free to determine its own direction.

Culture; some say culture is only a tiny small island of order in an ocean of total chaos.

But, what would you say when you look at this:
Pragmatic, popular, desirable, successful, shopping, selling, buying, defensive, offensive, aggressive, powerful, violent, dangerous, ruthless.

But, to tell the truth, I wonder… is that typically human?…